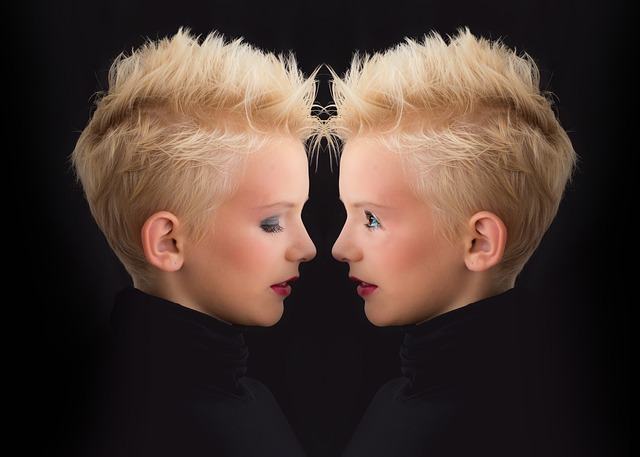 The difference between coaching and counseling/therapy is still confusing for many practitioners and clients, especially if they are newcomers to the field of coaching, although recent research acknowledges that the boundaries between these helping professions often become blurry or fuzzy. Harvard researchers, for example, first attempted to define the boundaries between (psycho)therapy, (business) coaching and (business) consulting in 2009, concluding that “coaching borrows from both consulting and therapy”. More recently, in 2019, Birbeck College of London published a paper on the definition of coaching, arguing that the relationship between coaching and counseling/therapy should be more clarified, as the use of psychological models and tools in coaching interventions has increased considerably by coaches with non-psychology background, making it important for them to understand the boundaries of their own competence and communicate that properly to their clients.

A defining step in the meeting of coaching and psychology was when one of the world’s oldest psychological bodies, the British Psychological Society, set up a special committee in coaching psychology in 2002, thus acknowledging coaching as one of the scientifically founded areas of applied psychology. Coaching in this sense is defined as an evidence-based practice aimed at promoting professional performance and personal well-being, which can be applicable to people who do not have clinically diagnosed psychological disorders or abnormally high levels of stress (see also: Anthony M. Grant‘s article on evidence-based coaching). According to coaching psychologist Jonathan Passmore there is little difference between non-psychologist coaches and coaching psychologists, as many coaches draw upon psychological models in their practice, and coach training has over the past two decades become more grounded in evidenced based approaches (see above article from Birbeck College).

In what follows, I will focus on the interaction of coaching with psychology in general, summarizing the key approaches, methodologies and tools that can be found in both coaching and psychological interventions with the aim of demonstrating that coaching has strong roots in the various disciplines of psychology. The list is based on my academic studies in psychology as well as my extensive coach training programs since 2017. Finally, I will present an overview of where coaching can be positioned compared to other helping professions, such as psychotherapy, counseling psychology, training, mentoring, and business consulting.

2. The cognitive approach: Cognitive psychology, which deals with such internal mental processes as memory, imagination, and cognition, began to revolutionize psychology in the mid-1950s and 60s and has become one of the most dynamically developing psychological schools today. The cognitive perspective in the 20th century put an emphasis on our internal-mental life, and cognitive processes, and its philosophical roots can be traced back to antiquity. According to Epictetus: ‘Men are not disturbed by things, but by the views that they take of them.’ Cognitive behavioral therapy aims to change dysfunctional behavior and distorted thinking, and while exploring the past may also be important, cognitive therapy typically focuses on the present and the future. The cognitive approach has also appeared in coaching: a cognitive behavioral coach can draw on many tools to analyze the client’s belief systems, identify thinking errors, and develop their thinking skills. 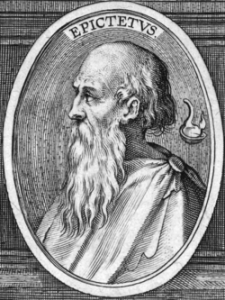 3. Transpersonal approach: Transpersonal psychology, which unfolded in the 1960s, is the fourth major trend in psychology, after the analytical, cognitive-behavioral, and humanistic approaches. It examines a person’s spiritual and transpersonal experiences, which can be enhanced via methods such as spiritual exercises, hypnosis, or special breathing techniques. The Swiss psychiatrist and psychoanalyst Carl Gustav Jung was among the first to bring spiritualism into psychology. In his autobiographical book Memories, Dream, Reflections, he wrote: ‘In my previous life I may have been a rebellious Chinese who had to discover his own oriental spirit in Europe as a punishment.’ The transpersonal approach has appeared in coaching, too. The Leadershape Global Institute and Alef Trust non-profit organization both train transpersonal coaches. It is worth consulting professionals who have completed specializations in this field and apply a transpersonal view of coaching in their practice. 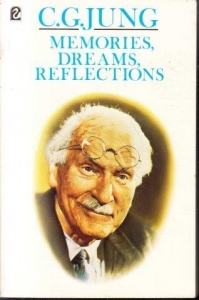 6. Systemic approach: In a systems approach, phenomena do not exist independently, but in interaction with each other, and the behavior of an individual can be interpreted not in itself, but as embedded in a wider system. It first appeared in psychology in family therapy practices: American family therapist Virginia Satir developed a systems-based model of family therapy in the 1960s after noticing that addicts heal faster when they see their problem as part of a larger family system and when their family members are also involved in the treatment. Systemic constellations can also be applied in coaching, allowing clients to look at their issues from a systemic perspective. The systemic team coaching training at the Academy of Executive Coaching is built upon this systemic approach as well as the systemic constellations training at Coaching Constellations, both based in London. 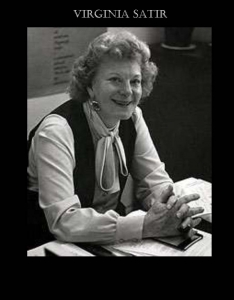 7.Transactional analysis (TA): American psychiatrist Eric Berne developed the systemic approach of Transactional Analysis, according to which people need an optimal level of stimulation in order to live. In a social environment this is usually achieved through various interactions, called ‘transactions’. He based his ‘Games people play’ model on hidden subconscious social transactions that can also be applied in a workplace environment to understand the dynamics that prevail in a team or organization. The Academy of Executive Coaching provides an online workshop for coaches in Transactional Analysis.

8. Gestalt: German-born American psychotherapist Fritz Pearls developed Gestalt therapy in the 1950s. According to him, traditional psychoanalytical therapy ‘dissects the person’ instead of holistically viewing the client who exists in the here-and-now. In Gestalt the emphasis is placed on understanding present feelings and interpersonal reactions as they occur in a session, with little or no emphasis on past experience or underlying reasons for the client’s thoughts, emotions, or behavior. Gestalt has also appeared in coaching, with such renowned experts as British psychotherapist John Leary-Joyce who provides online Gestalt specializations for coaches. An in-depth summary of the method is described in his book The Fertile Void, Gestalt Coaching at Work. 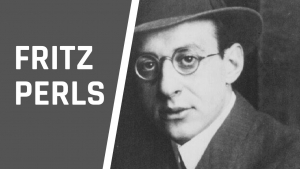 9. Mindfulness: American physician and biologist Jon Kabat-Zinn developed mindfulness as a stress reduction technique based on an ancient Indian meditation technique (Vipassana meditation) which develops the subtle awareness of thoughts, feelings, and bodily sensations. It has also become popular in psychology as a cognitive therapy method. This type of meditation is by no means esoteric, and its beneficial effects are borne out by serious research findings. The International Coaching Federation (ICF) also finds it valuable for coaches to use mindfulness to increase their awareness and detachment in coaching sessions.

10. NLP: The method of neuro-linguistic programming may sound daunting at first, although it was NLP that introduced the idea that the world is represented through our senses and that information is processed via such neurological processes as sense perception and cognition. Linguistic refers to language: the human language is a reproduction of the world, but ‘the map is not the territory’, that is, there is no such thing as objective reality. Rather, it is our words and thoughts that program us mentally. According to NLP, if we change our mental programs it also changes our behavior. In the 1970s, two Americans, a linguist, John Grinder, and a psychologist, Richard Bandler, created the NLP model to improve our self-awareness and problem-solving skills, but also to question our perceived reality. Coaches have also started to integrate various NLP techniques into their coaching practice, such as role modeling, anchoring, and visualization to help clients better plan and achieve their future goals. 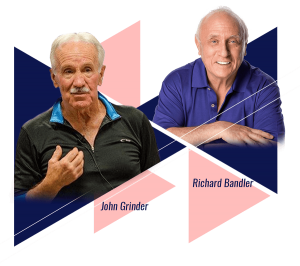 11. Psychodrama: Psychodrama is an action-oriented group therapy method developed by American psychiatrist Jacob L. Moreno who blended early 20th-century Expressionist artistic experimentation with psychology. The method uses psychodramatic tools to make visible one’s inner life, and when seen on stage or in a group setting, these may lead to cathartic realizations of the individual to change their mental and physical behavior. Psychodrama can be used effectively not only for psychotherapeutic purposes, but also for the development of self-knowledge, organizational development, and community-building. Psychodramatic tools can also be applied in coaching to challenge distorted or negative aspects of the individual’s belief systems and behavior. 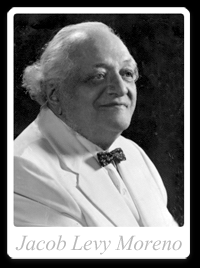 12. Provocation/Challenging coaching: American therapist Frank Farrelly developed the provocative therapy in the 1970s as a cognitive behavioral method in which the therapist plays the Devil’s Advocate. Its toolkit consists of humor, provocation, and teasing, which work as a sort of ‘reverse psychology’. Whereas traditional therapy methods are careful with the inner life of the client, provocative therapists see the person struggling with problems as strong and rich in internal resources, and therefore they believe that the client will react positively to challenges and provocations to move out of their comfort zone. The book Challenging Coaching by John Blakey describes in detail how best to apply provocation in coaching. 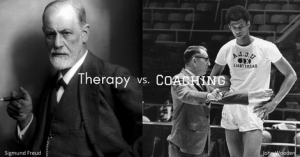 Based on the above, it seems reasonable to argue that coaching is an applied psychology method which integrates a diverse range of tools from different psychological trends, approaches, and methods, so the question inevitably arises where to draw the line between coaching and psychology and whether the boundaries between them are fuzzy and blurred as claimed by recent research.

According to the researchers of Birbeck College, counseling/therapy and coaching require similar professional skills, such as active listening, questioning, reflection, rapport with the client, contracting, and confidentiality. However, they can be distinguished according to the primary motivation of the client, whether they are looking for psychological healing or personal development to reach a specific goal within a concrete timeframe. A guideline of the International Coaching Federation (ICF), which defines in 10 points the indicators of mental disturbances, may help coaches determine when to refer their client to a psychologist –  the more mental disturbances a client displays, the higher the probability that they need psychological counseling or therapy rather than coaching. 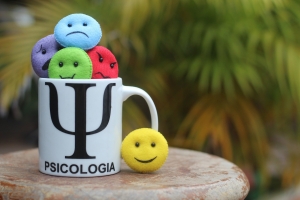 As for the comparison of coaching with other professions, the two-dimensional model below of the English business coach Mick Cope is the closest to how I currently see the position of coaching in relation to other helping professions. While mentoring, training, and business consulting focus more on increasing professional performance and providing specific external solutions to the client, counseling and psychotherapy put the emphasis on discovering the possibilities of the individual and their own internal resources. As coaches, we may move in either direction, provided we know and respect the boundaries of these professions and inform our clients accordingly.

A unique aspect of this model is that on this continuum of self-development, meditation as a self-reflection tool is placed on the extreme end of the spectrum. This confirms my experiences during extended mindfulness and vipassana meditation retreats in recent years: the greatest change within us comes not from an outside source but from inside, when we find solutions to our problems through our inner journeys, on our own.

Translated with Gabriella Kovács, PCC and proofread by Richard Robinson