Alexander the Great about sheep and lions

The ancient Greek conqueror, Alexander the Great was quoted by an Indian friend, Mithun, when I asked him what makes a good leader. We see both versions as management consultants, coaches and employees: how a competent, courageous leader leads a humble team to success, and how a leader who is weak, ego driven or incompetent breaks down a high-performing one.

I’ve met both of them over the past 18 years. I experienced the energy of leaders who landed with the “I came, I saw, I conquered” attitude to bring the best out of their team – just to quote an ancient Roman warrior, too – but I also met leaders with an attitude more like “I came, I saw, I ruined” who destroyed all that their predecessors had skillfully built. A high-performing team with a good leader is thus more vulnerable. If a team has become successful mainly because of a strong leader, it’s just a matter of time before it falls apart when led by a weak one.

One of the cornerstones of the agile approach is to let the team be effective even without a leader. A flexible and self-organizing team, with or without a leader, is key to success in our turbulent business environment. And that’s where the challenges lie. Those who have acted as classical leaders so far have difficulty imagining or accepting that a chariot may go without them. That’s why it’s important to start a company’s agile transformation with the leadership team. If they don’t believe that empowering teams can be effective without leaders, it’s not worth starting it at all. 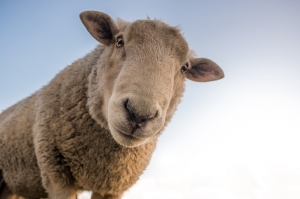 Maybe we can learn something from the Bushmen. According to recent researches in genomics and archeology, this tribe has lived the longest so far on Earth: doing the same hunter-gathering life for the past 150,000 years. Not surprisingly, researchers are curious about what may be the secret to their success. One of the hallmarks of Bushmen is their resistance to having formalized hierarchy in their communities. “Everyone is equal”: women and men have equal decision-making power, they do not teach their children to play competitive games, and although their elderly is treated with affection they are not given any special privileges. They also suppress boasting, ego-driven individuals who show off with their achievements. As a result, their most successful hunters pull back after some time and hunt less to give younger people a chance to success, too.

They hunt together, in teams. Their only chance of survival is to distribute the hunted meat evenly. Equality is achieved by breakig the hunter’s over-confidence. While chewing happily a piece of antelope meat, they are insulting the hunter instead of praising him: “well, it could have been bigger, “it’s not really that good”. 50 years ago, a Bushman explained what’s behind this to a Canadian anthropologist, Richard B. Lee:

“When a young man kills much meat, he comes to think of himself as a chief or a big man – and thinks of the rest of us as his servants or inferiors. We can’t accept this … so we always speak of his meat as worthless. This way, we cool his heart and make him gentle.”

Finally, here it is a great video from 2011 to give you an idea about how tribers hunt and cooperate in harmony with their environment. If you come across hungry lions, it’s worth following the advice of filmmaker, Gordon Buchanan, who told their secret: “stand tall, walk purposefully and with utter confidence and don’t show any sign of weakness.”