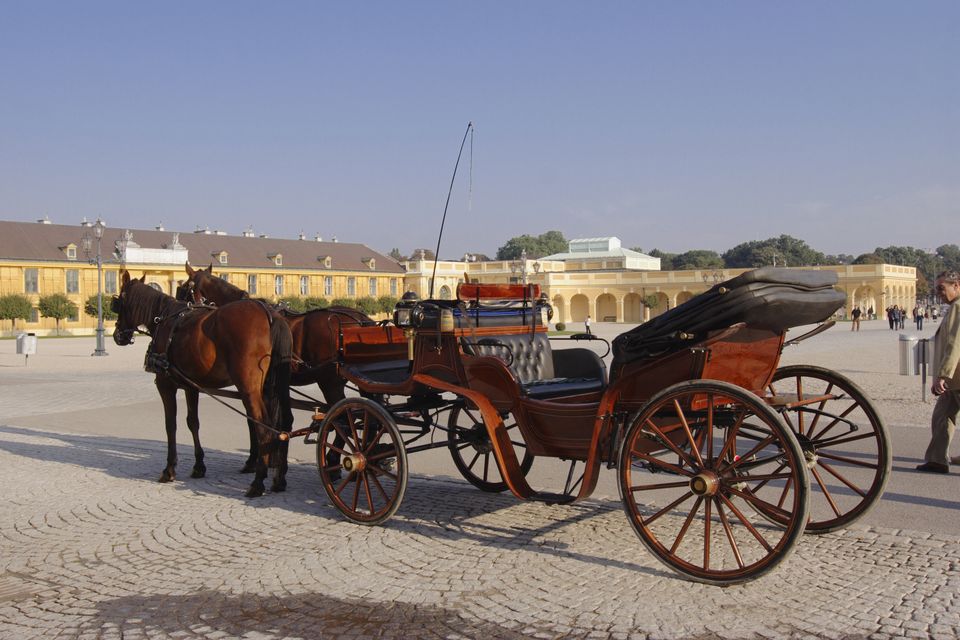 What is coaching? And what is it not?

Like all good coaches and coaching schools, I also try to give a definition of coaching. An American coaching webinar I attended recently also started by sharing how we tell our family members and clients what coaching is all about. I was just about to explain what coaching means to me, when one of the course participants, a lady working in the Silicon Valley, turned to me and asked “hey, Julia isn’t it a Hungarian word?” Wow, I was puzzled about the likelihood of hearing it from an American!

Because that’s exactly the origins of the word “coach”! It’s in a small Hungarian village, called Kocs {pronounced as “coach”}, where the first horse-drawn carriage was produced in the 15th century, carrying prominent people between Vienna and Budapest. From there it spread throughout Europe and appeared in the French language as “coche”, in German as “kutche” and in English as “coach”. The word evolved some time later when in the 18th century, English students started to call their tutors “coaches” as they carried them through their major exams. 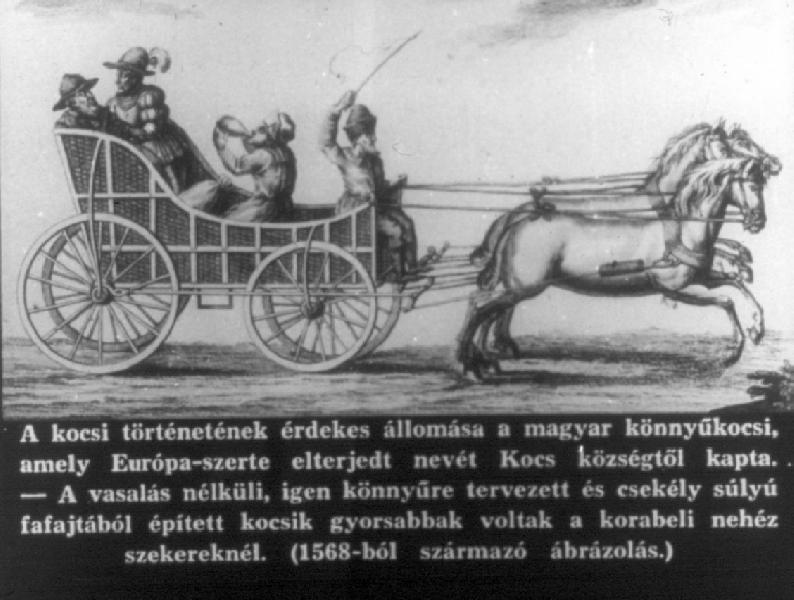 It comes from sport

And then it appeared in sport. From the late 19th century onwards, athletic trainers began to be called “coaches” whose job was to bring athletes to victory in a shortest period of time. From one level of performance to another – as efficiently a spossible.

Coaching appeared in the business world, too, in the 1980s owing to a tennis coach. Tim Gallwey, a professional tennis player, who studied English at Harvard, one day decided to take a year off to become a tennis coach. Like other coaches, he taught tennis according to classic instructions: “do this… do that… hold your racket this way… hold it that way…”. 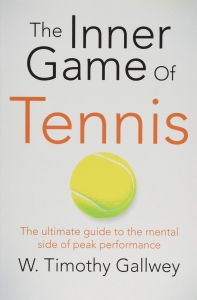 One day, he got an exceptionally difficult student, called Dorothy, who seemed to be getting worse and worse with each instruction she’d be given. Gallwey gave it up. He stepped back and started to observe the player from the sideway. He gave no instructions, just kept observing her, and though he saw her making mistakes, he didn’t mention them. After a while, Gallwey was surprised to notice that her strokes began to improve without being aware of the mistakes she had made. This was a critical moment for Gallway as he realized that telling instructions and voicing errors, criticizing the game, and the player’s cramped effort to satisfy his expectations, actually reduced the player’s self-confidence, distracted their attention, and made them fall out of the flow of playing. 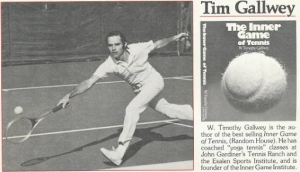 After this discovery, Gallwey developed his model of the “inner game” which is based on Zen principles that an individual’s performance can be best enhanced when his or her mind is fully focused, calm, and aware. “The mind becomes one with the body” if there’s no self-critical and restrictive thoughts that distract the player”s attention from the present moment.

“Each game consists of two parts: an external and an internal game. An external game is played with an external opponent against external obstacles for an external goal. Inner play, on the other hand, takes place in the player’s mind, against obstacles such as lack of attention, nervousness, self-doubt or self-criticism. The inner player, after a while, realizes that in order to be confident, he has to master the art of calm concentration, and that he does not want to win triumphantly at all costs. ”

Gallwey wrote a book about his discovery in 1974, called The Inner Game, which brought him fame. He went on to analyze and develop the “inner games” of other sports, too, such as skiing and golf, and he was also approached by prominent leaders from the music and business world to boost their confidence and performance. In the ’80s and’ 90s, he trained senior executives at AT&T, Apple, IBM and Coca Cola. He believes that when leaders are able to identify their internal obstacles and self-limiting fears, a “gold mine” of opportunities will open within them and within their organization to achieve their goals.

It comes from psychology

The version of coaching which is more focused on building self-awareness, and developing one’s character and personality grew out of psychology in the 1970s and 80s. Coaching in this sense is viewed as an applied psychology which aims at triggering change by recognizing and understanding the dynamics, drivers, and shortcomings of our personality, or our organizations and teams. As a coach, we help our clients to process their life or work related experiences through self-reflection and insight and also facilitate the necessary changes as a catalyst. Coaching is “applied psychology” because it uses the tools, methods and discoveries of modern psychology.

Psychotherapy focuses on problems rooted in the past, understanding and integrating past experiences, which may originate from childhood, a previous relationship, a life crisis or a traumatic event. It also treats addictions as well as mental, emotional, and behavioral disorders. In Hungary, only psychotherapists with advanced medical studies or years long specializations are eligible for this type of work. Individuals receiving therapy are primarily referred to as patients.

Coaching focuses on solving an existing problem, rather than exploring and analyzing the underlying causes. Unlike therapy, coaching is a forward-looking method that starts from the present and focuses on a goal-oriented future, dealing with the past only to a certain extent when necessary. By focusing on the solution rather than the problem, the issue at hand is given a different perspective. Coaching is best recommended when you want to improve your performance or want to achieve a specific goal, you face a major change in your life or work, or you are stuck with a challenge that is difficult to solve on your own. Individuals who use coaching are primarily referred to as clients, or coachees, let they be business or private individuals.

Harvard Business Review also tried to draw the difference between therapy, counseling and coaching. Although their 2009 research focused on business coaching, the following table provides a good summary of the boundaries of consulting, coaching and therapy:

Coaching is NOT business consulting

When I work as a consultant, I usually look for a best practice solution to a client’s problem based on careful analysis and diagnosis of the situation. I am paid to provide advice, or develop a new framework or processes. As a coach, on the other hand, I help individuals and teams find their own solution to their problems. With an interactive dialogue between us, I ask thought provoking questions and provide undivided attention, to create a space for my clients to find solutions to their challenges, and to improve their self-confidence, and self-awareness to become the best of themselves. 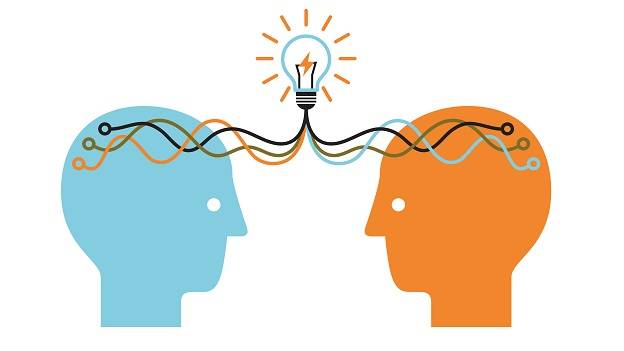 The process is similar to how Michelangelo created the statue of David. Legend has it that the Master gave this response when asked how he created David from a broken stone: “I did not create David. It has always been there. All I had to do was to remove the excess marble. ” During a successful coaching process, this dormant David is activated, peeling off everything that hinders us from becoming complete.